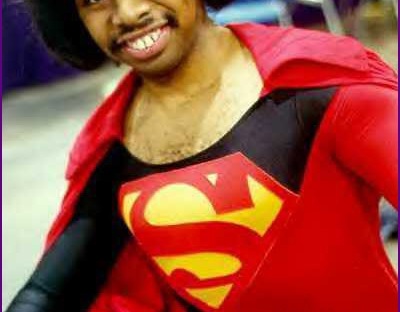 The same guys who want to insult women for their insecurities and attention seeking behaviour via social networking are the same ones encouraging it more time.

Babe, you can’t tell her she’s wrong for acting promiscuously whilst she is in your bed. You can’t tell her that she should prioritise and look after her child after you’ve just picked her up from the rave and are headed back to hers to finish the night. You’re not Drake. Your name is not captain save a hoe, and even if you were, treating her like one wouldn’t help.

Guys you need to get it right. The amount of times I’ve had male friends tell me stories and I have to give them the face.

I remember, years ago, a friend was sleeping with a female, it seemed that they’d developed a friendship. In all honesty I never questioned my friends feelings for the female in question, because it was not of a serious nature from what I understood. The female caught feelings and decided to approach my friend with her whole truth. She wanted to pursue something more. My friend laughed at her, asked how she thought he could take her seriously after all they’d done. (Can’t talk the tings, no snitching). Her behaviour which had caught his attention initially was the same thing which put him off of her.

Women I’m not excusing us and our behaviours. She set the tone, not him. She behaved in a certain manner which he didn’t respect and for that she was never going to be able to maintain a relationship with him. BUT he encouraged the behaviour. He visited her regularly, enough to build up a friendship or foundation on which she could fathom being with him. He didn’t respect the behaviour but he endured it, how was she to know she was in the wrong, how was she to know he didn’t respect it? Then it becomes a matter of humour when she wants a serious relationship?

Yes. I know males struggle to turn down sex, not all. You have to attack it differently. If I would never settle down with a male I consider to be waste or a wasteman, I definitely would not sleep with one. Sleeping with one defeats the whole point. “Nah but you can’t use that example, just because I wouldn’t wife a hoe don’t mean I can’t sex one”. You’re right I have no control over your willy and as I’ve stated many a time before, I am not the willy whisperer. You can do as you please. Just don’t be pissed when you can’t locate your wifey in a sea of promiscuity you created. You can’t feed a stereotype and then feel stung by it.

Think about it, imagine I’ve been with cheaters who I let repeatedly cheat on me. It’s a known fact. Then one day I want to cry on your shoulder about how all men are cheaters and there’s no good ones. Where’s the sense?