An article written by a guest blogger who has offered a refreshing male’s voice on the topic of broken men.  Now you guys can’t use the excuse of me being a female writing about males as an excuse to deny your issues. 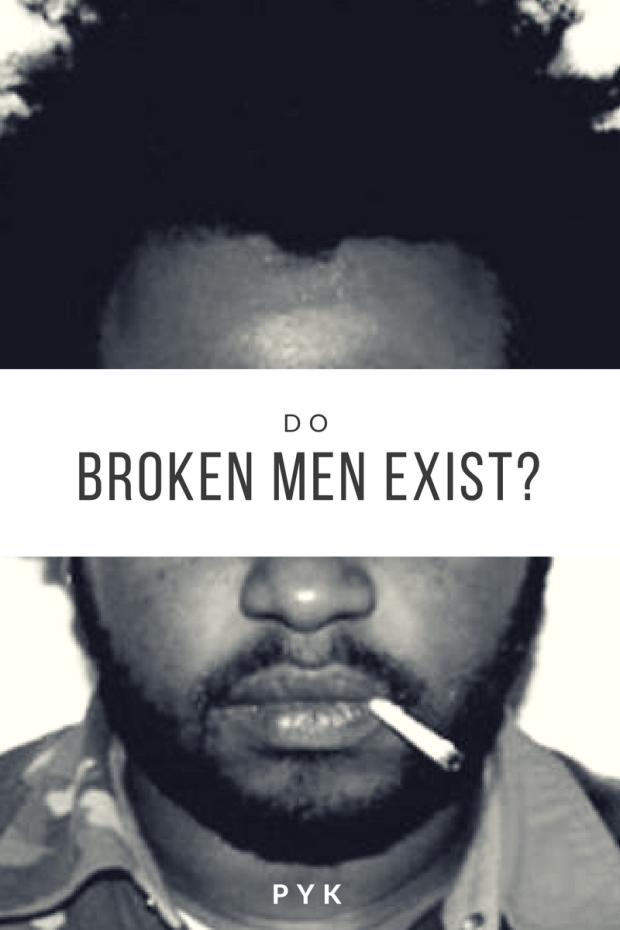 Ok so if I’m keeping it a bean, 1 hunnid or real then I should already know the answer to the question. Cause sheeeeet I’m broken, damaged and fragile goods right about now. However, I’m a man and men don’t break so I’m calm init. I’m gucci, good, or whatever other idiom I can use to pretend that I’m a whole and sound man capable of loving a woman without any judgements, expectations and or prejudice.

Seriously can men break though? If I think about women the answer would be as clear as day. Yes women break, they break all the time, and they break so much they are being born broken. SMH! We all know this.

So why would it be so outrageous that a man could break and or be born broken like Ms Lissa Shaneé’s “How to fix a man” post suggests. Let’s look at the so-called signs of a broken woman and see if they can be applicable to the modern man.
1. Baggage

4. Reinvents self
All of these points are just as valid for men as women. Mandem before you start raising your eyebrow, reciting to yourself guy code motivational statements or our number one go to “Ha Gayyyyyyyyyy” let’s analyze each point and really see if it’s applicable.

1. Do men carry baggage. YES da fuck we do. Prime example for me was when I went out on a date with a woman who was the same star sign as my ex. Everything was cool and going well up until the moment we started speaking about having friends of the opposite sex. The girl told me she was possessive and didn’t like her man to have female friends. I laughed it off saying “Ko Possible” meaning it’s not possible. She then dropped a line, which sounded all too familiar. “My man don’t need female friends. I am all the FRIEND he needs.” Now I’m the kinda guy who likes to surround himself with a lot of women. Nope, that does not mean I am trying to sleep with them contrary to stereotypical belief. I just actually enjoy female company and it is logically possible for a male to enjoy female company without getting pum or sloppy tops. So I remembered hmmmmmmmm my ex used to say the same shit. “NO FEMALE FRIENDS, I WON’T EVEN TRUST MY BLOOD SISTER WITH YOU.” (Signs I should have ducked cause she crazy. Or are these statements related to my character and my partner’s perception of me??? *Potential blog alert*). Red flags & get out signs began flashing all over her face. I then decided to advise her that I have many female friends and I would not drop them for a female I’m dating or in a relationship with. Mind you the girl didn’t say directly to me you’re not allowed female friends. So because of my baggage I met her the once and decided not to meet her again as I would rather avoid the conversation I know will inevitably come up. Your thinking to yourself I would have done the same thing but guess what it’s wrong. I never gave her the chance to not be my ex. But in my head I’ve measured her up against my ex from the moment we began talking. At that moment, I time travelled back to a past with statements and situations, which had nothing to do with the beautiful woman who sat across from me. Affecting my judgement on a human that I shouldn’t be casting judgement on in the first place. I ran for cover protecting the heart I pretend to not have. 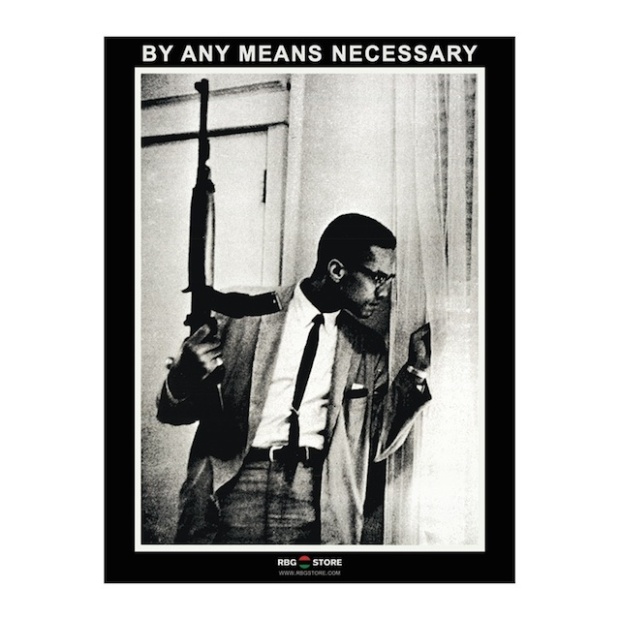 2. Insecurities we really shouldn’t have to address but there’s a lot of booky guys out there that lie to themselves. Guys if you don’t want to admit it, it’s cool I’ll show you a couple examples you most likely already have exhibited. The first one is asking a girl if you’re the biggest she has been with. It’s a dumb question like a woman asking you if she is the wettest or the tightest, it shouldn’t matter. Plus, come on babes who has time to remember all of that. Ok well actually I do remember some super soakers and A1 uckers badders but that’s beside the point. Likewise, for the female I don’t expect her to be walking around with a penis-measuring table in her mind of all the men she slept with. Men also pree phones, pop up at events their girl or interest will be at and create fake social accounts to monitor or test the woman’s loyalty etc. I lived in America for 7 years the land of ‘Do What Thou Wilt’ please believe the insecurity devils whispered sweet gasses into my ear making me guilty of at least one of the following.

3. The lack of confidence moment when women grab the ben and jerry’s, throw on their stretchy tracksuit bottoms and analyse every crevice of their bodies attempting to locate where they went wrong. However, men tend to exhibit it in a different way. The moment you exit a draining relationship you begin to question yourself. Who am I? What am I? Am I what the chicken heads want? Do I still have the juice? Will my sawsë be enough to get lost in? Energy levels are down, even though it’s summertime and events are popping off left and right. Your boys can finally take you to the streams where all the beautiful fishes from the sea have gathered just for your welcome home party. Yet you are in Nike shorts with your spliff, games & a well-selected drake playlist. Playing the finest from Trust Issues to Marvin’s room, Lust for life then cap it off with karaoke. The questions above and more do pop up resulting in a lost battle to fear, doubt and negativity. Then we have the inevitable COMEBACK! These hoes aint loyal. Bitches aint shit but hoes and tricks. All women are on tings anyway; I’m good off them for a bit. But that stems from a ‘lack of confidence’ because you are missing that juice that made your male bravado exude top class pheromones. Because all the honourable Lions and Dogs out there know women can be CRAZY… DERANGED!!! So the flaws didn’t stop us before but now it’s an excuse to mask the real issue which is being afraid of being hurt by a gender you been told can’t hurt you.

4. We all know women will get out of a relationship then the moment she musters up enough force to shed skin. She becomes a brand new ME. So women cut their hair, buy the most expensive mac make-ups and get a new eyebrow lady. Are men guilty of shedding old skin when they are freshly single? Ya damn right we do. I grew locs, got piercings, found meditation & even became vegan. That screamed I’ve upgraded levels, different and more poppin than I was with you. But let’s dig a little deeper. Was this restoration of a classic masterpiece for myself or for someone else? Being damaged means a piece of you has been scarred for life. Was this the you screaming to come out all along while in the relationship? But the “I must compromise” small print clause overriding any glow up unless the other party approves took place. Leaving you to remain stagnant and not evolve past the guy she fell in love with.

So to simply answer the question yes there are millions of broken Kings out there who need to admit it to themselves. What needs to be taken away from being broken is that it’s actually about you and not the other person. So men, playing the blame game and avoiding relationships to not go through drama & pain again. Needs to stop and remember the past is the past and even though we live in a systemic zombie workforce people can be different, change and evolve. So work on yourself, grow, do the things you want to do. Then hit the road jack and don’t you come back to broken Ville no mo.

Peace & Love I hope you enjoyed this insert and if not you can suck yourself! 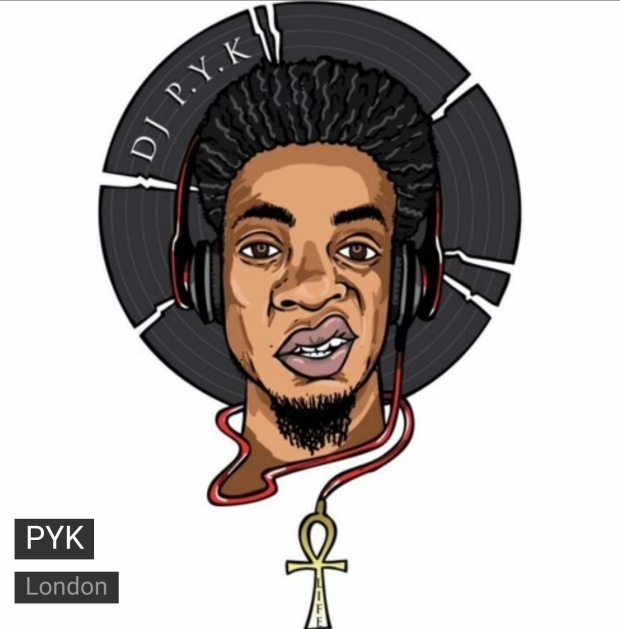