Well, what is a cheater? Someone who is unfaithful, someone who is guilty of infidelity, etc? Personally I think these descriptions are wrong. A cheater is a liar, simply put. Yes I simplified it as I believe that the act of sleeping with someone else is not always the deal breaker, cheating is somewhat subjective. Some people are ok with their partner sleeping with other people, such as; swingers, couples in open relationships, those who believe in polyamory, sister wives as opposed to brother husbands, etc. Yet all these alternative ways of having a relationship do not eliminate the art of cheating. Why? Because it’s about the transparency of the act or the arrangement put in place. If I don’t mind having a sister wife, but my partner gets another female without telling me, then he may have consciously cheated. My problem is not with the act it’s how he has conducted himself and withheld information. I may be ok with him having another girlfriend but at the point that he has not made me aware, he has taken that decision from me. That leaves me in an involuntary uncomfortable position.

There’s probably a lot of guys reading this post saying “the women you speak of don’t exist”. (Fela Kuti found 27!) One, how do you know when you’re scared to be honest with her from the get go. And when you say it, say it with your chest big man. “Before we can enter this relationship I want you to know I don’t think I can only sleep with one girl for a lengthy period of time.” At this point it’s up to her to figure out how she is going to deal with the circumstances presented, whether this means to accept, negotiate or reject. I get it you’re afraid that she wont accept it and you’ll have to move on. Grow a pair because if you really respected her you’d respect her decision. Two, for those who still don’t believe in the possibility of finding a female who will accept their partner having multiple sex partners, what’s the most amount of times you’ve cheated on any one person? That person was somewhat accepting. 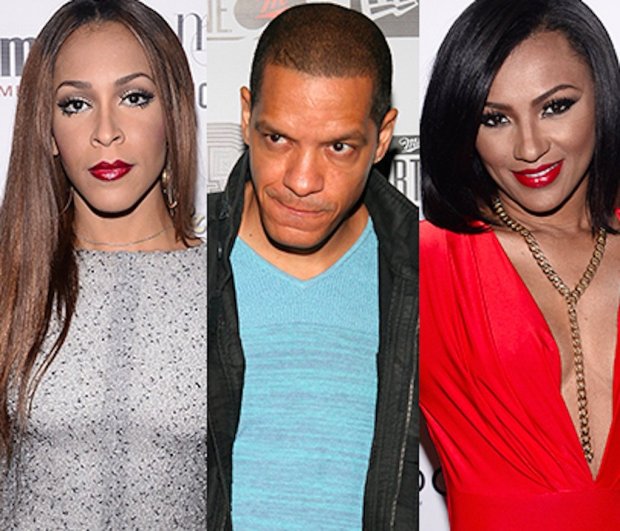 I’ve seen a lot of females take out their pain of being lied to, on their partners other love interests. Finding comfort in understanding that their partner, no matter what they have been up to, will always come home to them. Trying to rub this fact in the side chicks face as though she has no leverage like the main wifey does. The problem is she doesn’t believe it. Her man has not made her feel secure in that point, she’s unsure as to her position and power held as he’s not been upfront. Anyone who is certain of their power doesn’t need to prove it to the social media masses. The fact that this is a lot of girls go to, even if they are having to convince themselves its true, means that this is something they are proud to say, something which doesn’t bring embarrassment. This makes me question that if this were a true statement, would they not be ok with their man sleeping out, as long as he made it clear that she is on top of the hierarchy?

In fact let’s flip the gender bias. Have I ever lied/cheated on a partner before as a female? Yes. Is this something that females do? Yes. I think everyone is capable of cheating when they want to act on an impulse that they believe their partner won’t understand. For the sake of this post let’s understand that to cheat is not to necessarily have flat out sex and it doesn’t even have to occur in the relationship. Going out with the lads but having to lie is cheating. You know that the act you are partaking in is deemed inappropriate or out of bounds within your relationship, hence the lie. “what if she’s being unreasonable?” You either accept her as is or you don’t. We make lives so hard for ourselves, convincing ourselves we are somewhat compatible despite the need to lie, hide and tiptoe behind backs. Anyways I bring up the bias because I think there is a general consensus that men believe women, who do the same as them, are a different kind of satanic monster, or they have to be emotionally involved in the male. All a bunch of bullocks and men need to get their heads out of their asses. A PENIS DOES NOT MEAN YOU ARE MORE AT RIGHT OR MORE EQUIPPED TO SNEAK AROUND. In fact in all these years that penis you think gives you the rites of passage, still has not taught you how to successfully not get caught. Maybe it’s broken. Maybe that’s why you can’t reach the wisdom it holds even after entering near enough 100 pum pums.

Women lie too. Pretending she’s not checking her friendzone guy who’s begging her to leave you or telling her she’s better off without you. Pretending she’s not entertaining her work boyfriend via the socials while laying in bed with you. Pretending she’s going out with her workmates when she’s seeing that “platonic” friend you don’t like or agree with her being friends with. Cheating. Women are not exempt. Men have just underestimated the female anatomy and believe that they can act on nothing but love. *Rolls eyes*. If this is the case why do you men banter about women who just want financial gain through a man, will she not move for money? There’s so many more examples I could use.

My theory is that to cheat is to understand that you are not compatible with your partner, hence the lies to keep them “happy”. As said before I don’t believe the act is what is condemned it is the deception. If your partner, before leaving your house, says I’m going to sleep with someone else, there is no deceit. If you believe it wrong and they do it anyway, then there is a lack of care given towards your comfortability. If you say that’s cool with me, enjoy and they partake in the act, are they cheating?